Over the past 13 months we have been working with another company on a Mac version of LoL. We have been silent because both companies have been exploring every possible avenue to ensure the Mac version is up to Riot standards. So far we have been unable to ensure a consistent quality bar across platforms. At the heart of the issue is our rapid update cycle, where we make regular balance changes and content updates. We currently develop on the PC, but since the plan was for the Mac to share servers, we believed that a Mac version that was frequently unavailable was not up to Riot standards. For that reason we have severely limited the number of participants in Mac testing.

We are regretfully going to shut down the Mac Beta client indefinitely starting 12:00 AM PT on September 6, 2011. We realize our current approach regarding the Mac platform won't guarantee the quality and frequent updates we deliver today on the PC and are expected by our player community. We will continue to investigate the opportunity to provide player access on the Mac Platform in the future that aligns with our service and content update standards. We are committed to building a solution that will work on the Mac in the long run, but it will take some time. Additionally, testers that have utilized the League of Legends store during the Beta can either continue playing the PC version of the game, or receive a full refund on RP purchases made (which would close out the account). Details of the refund program will be communicated to these players via email. As a result of this situation, Riot would like to give all active participants in the Mac beta a code that unlocks the Champions Pack, as a token of appreciation for the time they have dedicated to helping us evaluate the Mac client and our sincere apology for not being able to have the testing work out as originally planned. To qualify for the reward, you must have a majority of your logins come from the Mac client, and you must login to the Mac client and click on the Store button beforeTuesday, September 6th. Rewards will be added to the accounts of verified testers by the end of September. 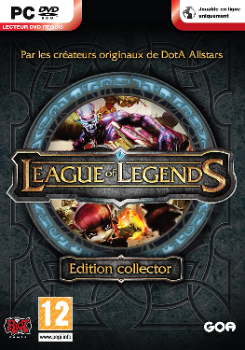